2016 Drone Policy: The Lowdown on Drone Rules and FAA Regulations

Well, as many people in the United States don’t know, drones are currently banned for commercial use.

It seems silly, but it’s true. The fellas at Buy the Best Drone are here to give us the rundown on the situation.

Consumer vs. Commercial Drone Use

The line between consumer and commercial drone use is actually extremely thin. Intuitively you’d think that if you sell photography, or are paid to pilot a drone for a business, that would constitute commercial use. Well, those do constitute commercial use, but so do many other situations; just look at the case of Jayson Hayes. Jayson had a YouTube channel, just like many other pilots. He posted his videos and ended up receiving a letter from the FAA asking him to take down the videos. Why? Because he had approved ads to appear before his videos, even though he wasn’t getting paid.

Although this is a rare case, it does highlight a lot of the confusion in the industry as a whole. People aren’t really sure what’s okay and what isn’t.

Overall, commercial use is still completely banned in the United States. The good news is that we’re eagerly awaiting the FAA’s guidelines and there are statements directly from the agency stating they’ll have official guidelines out by July of 2016.

Commercial use is defined as follows by the FAA:

– Selling any photos or videos taken by a UAS (drone)
– Utilizing drones to complete services, such as farming services or inspections of land
– Using drones in any professional service, such as deliveries or security operations

Planning on using drones to film your movie and later sell it? That’s commercial use. Obviously the FAA has a limited ability to enforce such strict regulations, and there are hundreds to thousands of individuals operating outside of the law. If you do get caught, you can expect a fine, and a hefty one at that.

The FAA has also been granting exemptions (Section 333 Exemption) to companies who haven’t wanted to wait until the summer of 2016. The process takes anywhere from 1-3 months, so it might not be worth it if the FAA actually does release their guidelines by the middle of July. Don’t keep your fingers crossed, though. The FAA is notoriously late in dishing out their propositions and final regulations.

If you are exempted, or flying for fun, you still need to abide by other rules. As I mentioned earlier, you need to be registered. You don’t need to register every single drone you have, but you do need to write your unique pilot number on every machine you have. You can register here.

After you’re registered follow these simple guidelines to stay out of trouble:

– Fly below 400 feet
– Don’t fly within 5 miles of an airport
– Don’t fly under the influence
– Respect other people’s privacy
– Don’t fly in national parks
– USE COMMON SENSE!

I can’t stress the last point enough. If you think that flying your drone puts someone else in danger or could upset them, think again and don’t do it. A great map of where you can and can’t fly can be found here. Besides flying smart and safe, remember to have fun, and record some incredible stuff.

Best of luck in all your drone adventures. 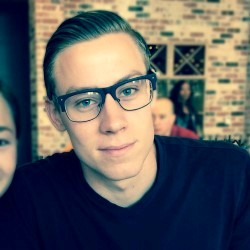 About Buy the Best Drone

Buy the Best Drone was established in January 2015. Its goal is to educate new pilots on sUAS models and builds, as well as provide information about current policy and restrictions to experienced pilots. The minds behind the project are Chase Ohlson and Wesley Flippo. Chase currently lives in Los Angeles and has been a pilot for three years. Wesley resides in San Diego and has been flying for four years. You can find the full drone rules and FAA regulations article updated regulary, here.