The Video Resume: 5 Examples of Good and Bad Ways to Execute Them

But what makes for an effective production video resume? What should be included? How long should the video be?

To answer these questions, we’ve included 5 examples – some bad, some good – of video resumes from filmmakers, video editors, and production assistants.

The glaring issue with this video is that the background music makes it almost impossible to hear what the candidate is saying. This is a costly mistake – especially for a video editor – that will certainly hurt their chances of getting an interview.

It’s important to point out that this cinematographer is an entry-level candidate, so we shouldn’t be too hard on him. This resume is a perfect example of ‘show, don’t tell.’ The worst mistake you can make is to talk into the camera throughout the entire video. Remember, videos are meant to be visual!

Furthermore, this resume makes his inexperience is way too apparent. Although he mentions his past projects, his video lacks any samples from past jobs or evidence of his technique.

This candidate keeps their video short and sweet while also using a perfect blend of animation and narrative to convince employers why he is the right man for the job. With only a minute, this designer is able to outline his relevant skills and expertise that will help any company reach its goals.

The filmmaker above uses more of a ‘reel’ style for their video resume by stringing together clips from their previous projects.

Unlike video resumes where the candidate merely lists out their skills directly into the camera, this candidate’s video is clever in that it first provides a quick summary of their past work experience and abilities; then offers proof with samples of their work. This is a simple model that anyone can follow and that employers will love.

This producer’s resume is unlike any of the examples above. The applicant uses their vid to take the opportunity to let his past employers do the talking for him.

If you think having people talk into a camera for five minutes sounds boring, you’re right. Yet, this content producer is able to pull it off by adding his own flavor and showing off the full extent of his design technique.

Slow Down Before You Fire Up Your Digital Video Camera

According to the U.S. Equal Employment Opportunity Commission, using and accepting job applications in video format could end up causing more problems than it’s worth.

They specifically state, “…viewing a video may trigger unconscious bias…” which is hard to argue against. They do go on to give some suggestions on how to avoid unconscious bias to firms that are okay with accepting videos as part of prospective employees’ application processes.

The regular old paper resume is still king when it comes to the job search.

From English teachers to construction workers, a well-written paper resume is going to be more than enough information for an HR department to determine if you’re the right candidate for them. Nevertheless, certain jobs – like those in art and design – are witnessing a budding trend towards the video resume.

While video resumes won’t replace the standard paper resume anytime soon, they have become a nice complement to the traditional resume.

If a firm asks for some type of video recording, only submit one if you are comfortable doing so. Also, don’t make the assumption that all hiring departments want a video of you along with a paper resume. Most absolutely do not want one. So, only include it if you’re asked to do so. 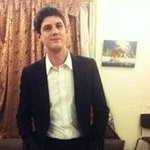 Erik “EPIC” Episcopo is a career adviser and hiring manager at Resume Genius, home of the world’s best resume builder. Erik strives to provide the most useful resume advice to hard-working Americans. His career advice can be found on Fast Company, Monster, Spark Hire, and Business Insider. When he needs a break from fixing the unemployment rate, Erik can be found on the basketball court, rooting for the Memphis Grizzlies, or stuffing his face with delicious morsels of goodness.