Recently I was searching through a list of Robin Williams movies and stumbled upon Flubber. Feeling nostalgic and having no desire to strain my brain on something any less fluffy and cute, I fired up ye old Netflix, watched it, enjoyed it…and then started obsessing. I remember watching The Absent-Minded Professor as a child, and wishing beyond hope that I had this glorious flying-rubber substance to put on the bottom of my shoes so I could jump 15 feet up in the air, or put it in the engine of my parents ’81 Pontiac Phoenix, and fly to Fred Meyer rather than drive.

Fast forward to present time where I am a stressed out, over-caffeinated adult, and I begin to wonder what flubber could do for our society.  Could flubber be an alternate power source? That would be cool. But what would its carbon footprint be? Ugh…hopefully producing it wont be too damaging to the environment.  What if it was available to the general public? That might not be good. Would the ability to make any vehicle airborne wreak havoc as we fly into the wild blue yonder in a KIA only to collide with birds or other aircrafts? Would there be kids stuck in trees 20 feet up in the air because they flubbered their shoes and went for a bounce?  Or would this substance be bought and owned by the government for more devious purposes?  What would this mean for the military? Could flubber be a weapon?  What if it got into the wrong hands?  What if a dog ate it? WHAT WOULD HAPPEN TO THE DOG?? DID ANYONE GET THE KIDS OUT OF THE TREES?? DID GRANDMA CRASH INTO A BOEING 727?

So much for wanting to just tune out for an evening.

Anyway, where was I?  Oh, The Absent-Minded Professor.  This is Throwback Thursday. Right.  Okay.   The Absent-Minded Professor is an old Disney film made in 1961.  One of Disney’s most entertaining forays into live-action, this hit family comedy stars Fred MacMurray as the lovable professor Ned Brainerd who is so absent minded (hence the title)  that he missed his own wedding.  Twice!  Much to the dismay of his bride-to-be Betsy Carlisle, played by Nancy Olson. Brainerd creates an extremely resilient flying rubber, dubbed “Flubber,” and manages to make his old Model-T bounce all the way to Washington, DC, where it is mistaken for a UFO, as well as helping the college basketball team win the big game with Flubber-powered sneakers. The goo that flew!!  It’s absolutely Flubber-gasting!!

What fun.  I need to lie down. 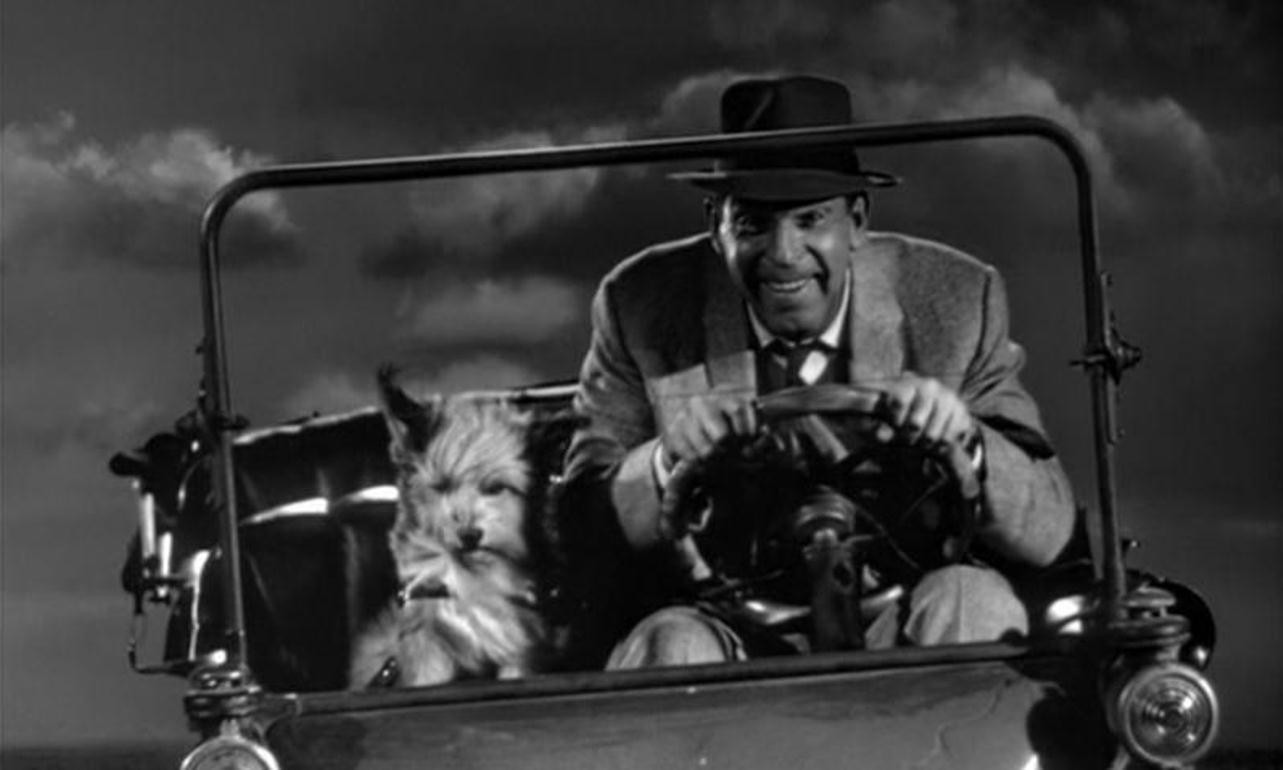